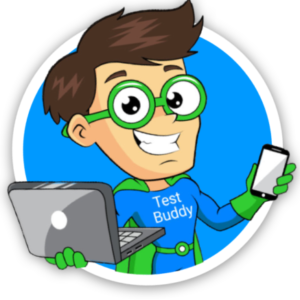 You’re towing a trailer along a three-lane motorway. When may you use the right-hand lane?

A. When there are lane closures

If you’re towing a caravan or trailer, you mustn’t use the right-hand lane of a motorway with three or more lanes except in certain specified circumstances, such as when lanes are closed.

What’s the national speed limit on motorways for cars and motorcycles?

Travelling at the national speed limit doesn’t allow you to hog the right-hand lane. Always use the left-hand lane whenever possible. When leaving a motorway, get into the left-hand lane well before your exit. Reduce your speed on the slip road and look out for sharp bends or curves and traffic queuing at roundabouts.

You’re travelling along a motorway. Where would you find a crawler or climbing lane?

You’re travelling along a motorway. When are you allowed to overtake on the left?

D. When in queues and traffic to your right is moving more slowly than you are

Never overtake on the left, unless the traffic is moving in queues and the queue on your right is moving more slowly than the one you’re in.

What’s the speed limit for a car towing a trailer on a motorway?

If you’re towing a small, light trailer, it won’t reduce your vehicle’s performance by very much and it may not be visible in your mirrors. However, strong winds or buffeting from large vehicles might cause the trailer to snake from side to side.

Questions
We use cookies on our website to give you the most relevant experience by remembering your preferences and repeat visits. By clicking “Accept All”, you consent to the use of ALL the cookies. However, you may visit "Cookie Settings" to provide a controlled consent.
Cookie SettingsAccept All
Manage consent