0% Complete
0/0 Steps
MTS: Teaching And Learning Strategies Was The Pupil Encouraged To Analyse Problems And Take Responsibility For Their Learning
Lesson 2 of 10
In Progress
← Previous 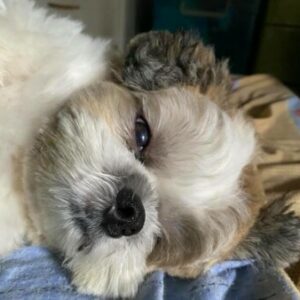 The second competence under T&L Strategies provides new drivers with essential skills for safer driving post-test. The importance of this competence should not be understated, as we look at statistics for collisions involving new drivers, research shows that just over one in five (21.6%) new drivers are involved in a collision during their first year of driving. While nearly one in eight (11.9%) of all road casualties are hurt or killed in collisions involving a car driver aged 17-19. This is despite 17-19 year-olds making up only 1.5% of licensed drivers.

Traditionally driver education has functioned around levels 1&2 (Vehicle control, Driving in traffic) of the Goals for Driver Education Matrix (GDE) and columns 1&2 (knowledge & skill, Risk increasing factors) with the instructor controlling the process and providing the input around analysis and remedy, the pupil playing a conformative, passive role in effect, with the promised reward of a passed driving test as the primary motivation.

A client-centred approach to learning should provide the learner with the opportunity to analyse their driving abilities and seek their remedies and strategies. This learning should not be contained to control/reward rather it should encourage the client to express and explore their own beliefs and motivations, before analysing and reflecting on the effects and impacts on their behaviour and consideration of potential consequences in a post-test environment. It should encourage the pupil to consider their world post-test, and the context of the journeys they will make (GDE level 3) as this is especially important when we consider that 16/17-year-olds are four times more likely to die in a collision when they are carrying young passengers, than when driving alone, and six times more likely to have a serious incident when confronted by loud conversation. Our clients must also understand how their motivations, goals and personality traits (GDE level 4) will play an important role in the decisions they make, as in 90% of serious collisions the behaviour of at least one driver is a contributory factor, our emotions and beliefs are key motivators in our behaviour. In addition, our clients must also be encouraged to self-evaluate (GDE column 3) across their entire driving:- skills, knowledge and experience, journeys and personality.

Failure to educate new drivers across the higher levels of the GDE Matrix, together with the ability to self-analyse, creates a massive void in the provision of skills that are essential for safer driving, especially in younger drivers, aged between 17-24, where the pre-frontal cortex of the brain is yet to fully develop. Although the human brain has mostly stopped growing by the end of a person’s teenage years, it continues to go through a period of extensive remodelling. This strengthens connections between nerve cells and enables information to be processed more efficiently. This period is critical for the development of the pre-frontal cortex (part of the frontal lobe), which plays an important role in regulating impulsive behaviour, and in the ability to anticipate the consequences of behaviour. The pre-frontal cortex does not reach full maturity until people are at least in their mid-20s. Meanwhile, the limbic region, which is associated with emotional responses, is over-active between the ages of 15 and 24. Increased limbic activity means that young people are more likely to be influenced by their peers and are more likely to indulge in thrill-seeking behaviour, they are more likely to react emotionally than to act rationally. This period of development means young drivers are often more likely to take risks and less able to regulate their impulses or understand the consequences of their decisions. Young people also underestimate certain high-risk behaviours. For example, research has shown that young drivers are less likely than older drivers to rate speeding as high-risk. In fact, 98% of 17-25-year-olds consider themselves safe drivers.

It’s fair to say that up until recently young drivers were traditionally left underprepared for their emotional states and personality traits and how they might impact their safety whilst driving.

The DVSA published its ‘Car and Light Van Driving Syllabus’ in 2013 which lays out all the aspects necessary in delivering driver training:

Encouraging our clients to analyse problems and take responsibility for their learning across all levels and columns of the GDE Matrix will enable them to anticipate their behaviour and emotional responses in a post-test environment, before passing their driving test. This analysis will lead to greater self-awareness and the ability to form effective coping strategies which can then be put into practise, allowing for greater rational behaviour rather than emotive response.

A key part of the client-centred approach is the development of active problem-solving in the pupil. This means that the ADI has to provide time for this to happen and has to stop talking for long enough for the pupil to do the work. The key thing to remember, however, is that the different pupils will respond to this invitation in different ways. Some may be able to do it instantly, in a discussion. Others may need to go away and reflect upon a particular problem. They may need to be pointed at readings or other inputs to help them get a handle on the issue. Pushing a pupil to come up with answers on the spot may be unproductive for some.

Lesson Content
0% Complete 0/2 Steps
1. Provide platforms for your pupil to develop their ability to analyse problems
2. Listen
Was The Pupil Encouraged To Analyse Problems And Take Responsibility For Their Learning
We use cookies on our website to give you the most relevant experience by remembering your preferences and repeat visits. By clicking “Accept All”, you consent to the use of ALL the cookies. However, you may visit "Cookie Settings" to provide a controlled consent.
Cookie SettingsAccept All
Manage consent